King of the Hill

King of the Hill

Okay people its time for a friendly txt game of king of the hill. Its pretty basic and easy to learn. Humiliating your friends with images in your brain as you read is essential. You can team up if you wish making it more interesting. So make a post requesting an alliance with a player to team up. The more players your allied with the better chance you have at winning. Also you Cannot post twice in a row. And depending on how many players you have allied with you will determine the players you can kill per post. Ex. If your alone you can only kill one person holding the hill. Also you can only make kills on players holding the hill.The game ends when a player or group of players Hold the hill for 10 posts. Ill start......A lone raider is guarding a distant beacon next to a mine of resources. I disable my systems and get in close. Then powerup and destroy the toaster. I fly though the flaming dust cloud for style points 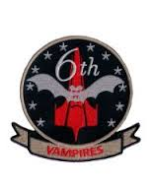 I'm cruising Alpha Ceti in my strike and get a call to action. Taking the convoy to Delta Canopis I quickly jump into my carrier and head out. Next comes a call from Ravencross for help, and Alliance. I jump out of DC and head to Huginn. There I see three mining ships all being held by a single Lich. The Lich sees me and figures I am a easy kill. I open up a flak barrage but the Lich bitch gets behind me and starts shooting my engines. I simply switch on my guns in the back and blow the unsuspecting Lich out of the cosmos. The Lich quickly retarts, "Wow guns on a carrier, who would of thunk it." I reply thanks for playing kill ya later. We have the hill.
_________________
"Fortune, which has a great deal of power in other matters but especially in war, can bring about great changes in a situation through very slight forces."
"As a rule, men worry more about what they can't see than about what they can."
"I love the name of honor, more than I fear death."
"In war, events of importance are the result of trivial causes."
Gaius Julius Caesar
Read more: http://www.brainyquote.com/quotes/authors/j/julius_caesar.html#ixzz1OFvC6FWz

We have the Hill